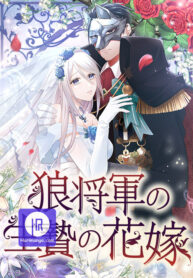 A Howling Sacrifice: The Wolf General’s Bride Average 4.8 / 5 out of 6

Elise, a noble lady who is treated coldly by her family due to her illegitimacy, loses her fiance in the ongoing war. Then, she is forced to marry General Wolfried, a man known as a cruel and ambitious military leader. To Elise, she would be getting married to the person who killed her fiance. Surely to Wolfried, it must be a pointless marriage since he had requested to marry the kingdom’s princess as his reward for winning the war. As Elise shudders at the thought of her new unwanted marriage, General Wolfried calmly informs her that… if she wants to get revenge for her former fiance, he’ll make it happen.

What Happens in Rio…