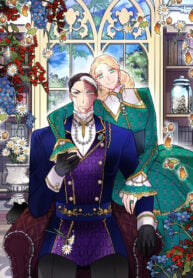 Leah, the eldest daughter of the Hildebrandt family, is very popular in society for her beautiful appearance and good manners, but she has a problem she can’t tell anyone about. Her brother, Richt, who was the heir to the family, left behind a letter saying he would come back after becoming a great man. As it is not known whether Richt is dead or alive, and since her father suddenly dies, Leah decides to find a partner for a political marriage in order to support herself and retain her family’s position. However, something that starts as a mere political trick turns out to be fate!

Vengeance from a Saint Full of Wounds

I Will Be Next to the Main Character

I Was Born As The Demon Lord’s Daughter

The Baby Dragon and the Rabbit Spirit