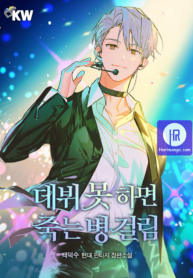 A 4th year student who was preparing for the Civil Service examination, suddenly he found himself in an unfamiliar body 3 years ago. As well as a status window displaying a threat in front of his eyes! [Outbreak!] [Status Abnormality: ‘Debut or Death’ Occurs!] A diary about the transformation of the main character, who was suddenly challenged to be an idol even though he has never been in the industry before due to sudden threat of death. ※Speciality: He used to take and sell idol’s data.
If I Fail to Debut, I’ll Get a Killer Disease / 데뷔 못 하면 죽는 병 걸림

The Male Lead Is Mine

This Girl Is A Little Wild