Honey, I’m Going On a Strike 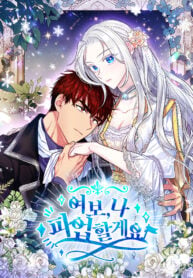 Cassia Ruberno, Countess of the Simone Empire, marries Zester Greze, a commoner war hero, at the order of emperor.

After living for 10 years with no love or money, he dies of incurable disease. No, I only thought that he was dead.

At the same time as his death, Cassia returns to the first day she met him, 10 years ago.

However, I don’t want to repeat the same life as before, so I declared a “strike.”
Cassia, who was blunt and knew nothing but war, was determined to live on her own without being discouraged.

Strangely, Zester in this life continues to try to get into Cassia’s heart.

Cassia, who didn’t hate Zester’s efforts and changes at the same time, said, “I think that maybe I can manage change it in this life.”

In the Name of Your Death

Second Life on the Red Carpet