The Widowed Empress Needs Her Romance 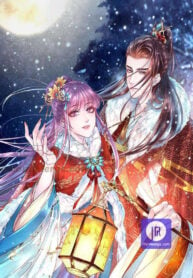 The Widowed Empress Needs Her Romance Average 4.3 / 5 out of 4

Our Female Lead was forced to replace her sister’s place and become concubine to an elder Emperor. However, on her first night at the palace, the Emperor drops dead from poison, right at her feet! The Emperor’s son witnesses this and strikes a deal with her, asking her to claim that his father’s last wish was to pass the throne to him, and he will allow her the seat of Empress Dowager! Shocked and confused, our MC enters this deal with the new Emperor, and must find her own way to survive the Palace!

While I’m Back in Time, I’ll Get My Revenge

Flowers Are Flowers, Leaves Are Leaves

The Strong Man From The Mental Hospital

Daughter Of The Emperor